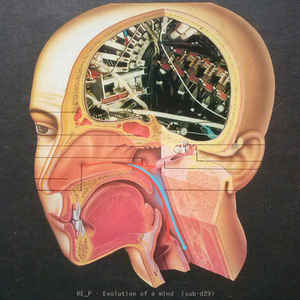 Infancy
History is over. We have seen it, we can make our review on it. Human awareness has grown since its ‘conception’ (or emerging from the grey goo called our brain). We have stumbled and have fallen. Have risen and fought for our sanity. We have (well, not you and I mind you) dragged ourselves through an initial hardship of infancy, where we had to learn how to operate our conscious with only nature as our parent. It went so-so. We made some invisible friends, and with no adult guidance, we kept to those ideas, like children do when not corrected.

Adolescence
But like everything that evolves, even the automated effects in the mind caused the social and psychological constructs of it to recognize that keeping to non-existing things would kill the species faster. Well, that and the fact that curiosity causes humanity to thrive for answers. So, even through figuring that someone believed in a deity, they wanted to ‘prove’ its existence and in that process actually came to conclusion it doesn’t (that is what good science can do). Basically the scientific method emerged from the need to either figure out how this (arbitrary) deity worked, or how the rest of the world worked, so humanity could ‘tool’ it.

Flick of the two sided blade
Humanity is at a threshold, like it is every day of its existence. Because of its diversity, there are still two things on its evolution agenda.
1. The ever receding superstition (fear of the unknown. Thus when known, less fear, less gods).
2. The issue that science was a step, but when conducted by humans, it is still influenced by emotions and instinctive behavior that caused superstition.
See, while much of the non-scientific world fights a war on the sanity of the mind, the scientific world finds itself on the brink of ‘escaping’ its own superstition level.
Like Alchemy was a half brew between religious rituals and methodology, the standard model seems to be a construct that has led to quantum physics, but now a problem arises. The standard model is all the observed. Science can only measure the observed. Math can make models of concepts, based on a piece of information from the observed, but eventually the brick wall of progress will be hit (or the pit of infinity depth). See, there isn’t so much a limit to what we can calculate, because frankly there isn’t. But there is a limit to usefulness, without the proper tools.

Blunt force trauma
In my opinion, humanity hit a wall. It has to first finalize the understanding of self and how its ‘self’ resides in this reality. If you have read my previous #AoS post, you will understand what I am aiming at.
In the non-scientific community, we are in a predicament, where individuality of humanity is both the strength and the weakness. The fact that each individual can be influence (and always is) by other individuals and group dynamics, and the psychology of indoctrination at young age causes individuals that are simply unable to remove all instinctive behavior from their system without severe emotional and cognitive trauma. This results in a worldwide shift of paradigm where those that are religiously ‘bound’ out of fear lash out at those that have evolved beyond that superstition (and to protect their ‘own group’, will lash out at anything a thread, so other groups with different superstitious ideas just the same).
But what about the science world? Is the science world free from such conflicts?
NO. Simply because in science, again, we are talking about individuals with their own indoctrination (or lack of it), dogmas, preferences, emotions and character traits. But also about groups that have ventured into specific fields of investigation, hoping (emotion) to find that one thing nobody else did yet. But also trying to prove their own findings, often forgetting that (like Stephen Hawking) you should also try to disprove your own findings. Now they arrived at a point, where they have to take a next step. Remove the emotion, not only from the method, but from the interpretation too.

But the problem is, how to go about that. Can they go beyond the fear and hopes? Can they remove the human element from science? The pure scientific method, or the something new?