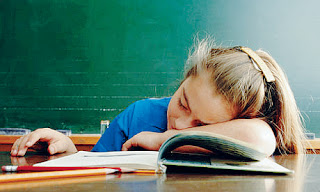 Those who have children know that from the moment of conception, the future for parents often is an outlook of sleepless nights. The first year or so, this outlook is often true. Mother has to feed the baby and dad has to get out of bed to provide the milk, or the baby. But even when dad doesn’t get out of bed, he is still woken by the cry (paternal instinct) and will have way less sleep as usual. From the moment parents get a baby into a fixed sleeping rhythm (sometimes a child automagically finds it, sometimes it takes over a week to ‘force’ such rhythm. Be sure, that a child benefits from a structured sleeping rhythm. Much more than the parent does. Of course, it depends on the daily walk of a parent, whether the sleep deprevation has much influence, but over all, a child is still on its way of becoming the next generation of humanity.

Why is it so important for a child to have a good structure in sleep?

For one, we know that humans need sleep for several reasons: The body needs repair and sleep causes stress to dissipate and other organic functions have effect on the way the body processes physical effects of the day. Next to this, the emotional state (which is the base from which the mind springs) requires ‘unwinding’. Adults have processed most emotions during their lifetime. Children will need to do this at every turn of events. It starts with the very first emotion, like fear, hunger (which is basically a physical stimulance). At first a child doesn’t really hold fear, because they have no idea that they are an individual. Their awareness is of such level, that the neurological pathways are finding their ways to make sure that the brain can access all senses and then the ability of influencing the body’s systems kick in. This could be seen as an equivalent bootsequence of several months (man, are humans slow). However, during the period of learning of what sight, sound, touch and emotions (the instinctive responses of the neurons to patterns), there is something to keep in mind. The simple way to look at it, is: A string of a bow can’t be tense all the time. Likewise, the neurological system of a body can’t be under stress all the time.

Stressing the need of sleep

Are children under stress?? YES, every organism everywhere and always (as long as it is alive) processes differentiation of stresslevels. If you understand ‘transistors’, the analogy is: As long as there is current on a conductor, there is friction in resistance within the conductor/transistor, which is called ‘stress’. Neurons work in the same way. When an impuls is received by the system (body, mind), it will cause a current in the brain. If you shoot enough current into something, it won’t automatically dissipate in one go. The brain has a habit of pulsing currents of input from and too, until the brain has a correct response to it. Children start with emotions, because they aren’t cognitive on a level of processing yet, until they are finished with understanding their physical, emotional and initial cognition/awareness. From that moment, the development moves to the awareness level and cognitive abilities grow. Of course, this is not a switch over, but a transcending phase. The fact that development connects the dots, it is important that the dots are consistent. If the brain is neurologically developed in an environment without structure, the brain and from that the emotions and from that the mind will have several issues (be aware this is a ‘simplified’ depiction, there are many factors that influence this, both hormonal, enivronmental, prenatal state, natural differences). These issues can be observed early in life, but just as easily only come to attention after later development phase shifts (puberty/adolescence/parenthood or other). For the reason to sleep and from that dream, I point to the Dreams part in this research. To put short here: The brain needs to process the most important energy/current that it receives: Emotions. These are the connection between the physical instincts and the awareness of the mind. Also said: emotions are the friction between senses and awareness.

If a child is not getting sleep, it means that the brain will adapt to two states (not one of both, but both):

1. The brain is constantly active and as the human as organism is prone for adaptation (learning), the brain will adapt to this state and expect constant input.

2. The brain is unable to dissipate residual current/stress and will prevent new input, sensory or cognitive, to be processed.

Consider the following as an example: We have a stream of water, which runs on a flat surface. The water will flow freely, until the stream causes indents on the surface and more and the water will start to flow through the indent more and more. The pressure generated will cause the indent to gain length, as the form of the indent will cause water to ‘fall’ into it and move faster for a second in the direction that the water has most space. After some time, the water will start to fully flow in the ‘trenches’ and when water is finding a space that gives no way, the trench is full. No new water can come in. However, as with water, the brain, when the water stream is stopped, will dissipate the tension on neurons and the ‘trenches’ will dry in. They will become instinctive responses to input. This is necessary, because the brain can’t be active on all levels all the time. To be consciously choosing you need to ‘rely’ on the brain to make ‘basic’ decisions without you having to think of them: breath, tilt hand and arm to catch something, evaluation on to the fly whether something is a threat when caught.

children above deviate cognitive level, with lack of sleep can have their cause in high IQ/EQ

children on deviate cognitive level, with lack of sleep can have their cause in attention span deficiency.

children with below deviate congitive level, with lack of sleep can have their cause in irregular sleep patterns from nurture.