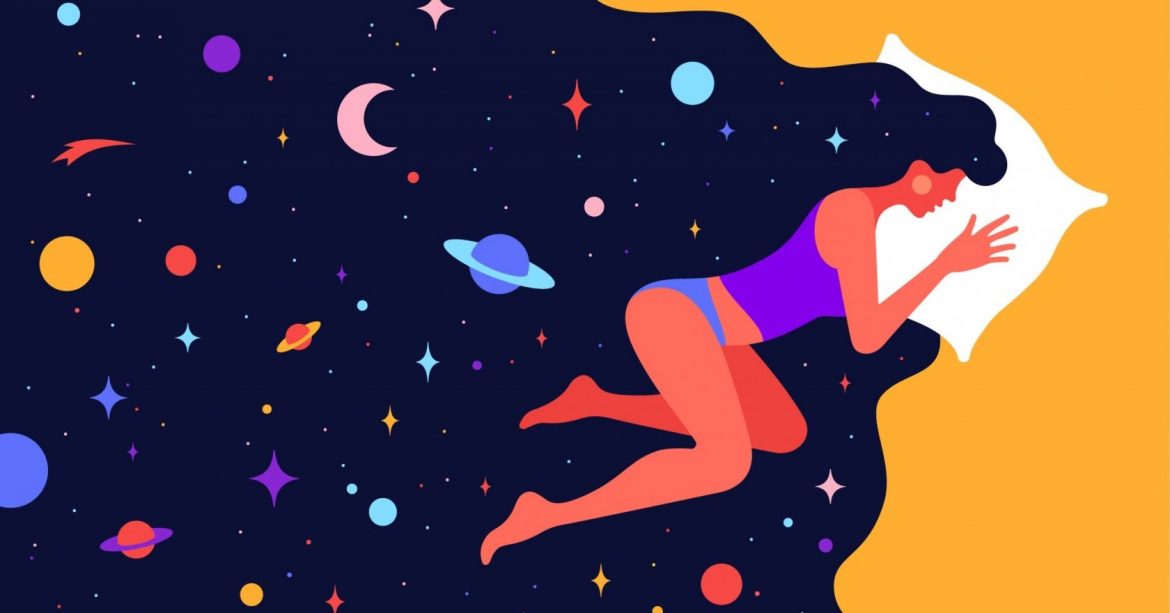 The body is an organism that is build to survive. Thus, input and internal processes are meant to have it live and keep living. We have chemical influences to the brain, making sure that the neural responses stay in favor to survival, but of course we have an abundance of neural input from visual, auditive and haptic stimuli. However, most organisms (and humans are no exceptions to this rule) have instinctive behavior to these stimuli. The crux is, that the more complex the neural network, the more diversion there is in processing the incoming signals.

Emotions are the level where instincts can be ‘conflicting’. Animals have this, where they are ‘instinctive’ to act one way and eventually are forced by either other instinct or stimuli to divert from this. That is why dogs also are sometimes noticed to be vividly dream. Humans have not only instincts and emotions on top of them. They are even self-aware of their choices from both these two layers. The stimuli are electrical current changes in the nervous system. Neurons are the storage/processing containers of these electrical charges and respond to specific ‘levels’ of charges. When something is processed repeatedly, the neurons/nervous system will ‘etch’ it. It becomes an instinctive behavior. Before it becomes something like that, it requires quite some work. The layer above it, is the emotional processing. We store most memories by emotional hooks (do understand that these are also connected to strongest stimuli during these emotions: smell, sound, visuals).

These emotional hooks decide how we will respond to these kinds of stimuli the next time. But before such emotional hook is stored, it has to have a unique flow in the nervous system (If you know what an EEPROM is, you might get some analogy here).

The Alpha and the Omega

When we receive new stimuli, that cause (and they always do, don’t kid yourself) emotional feedback on the nervous system, it doesn’t mean the brain will automatically process it. Often we are cognitively so busy that the default electrical charge on the brain the ‘signals’ to be bouncing through the matter, without having any effect. But you can understand (I guess) that this just adds to the already existing charge in the brain (consider it the Beta, Alpha and Gamma wavelengths, where the level of stimuli adds to the lowest, causing it to move to a higher frequency). When we go to sleep, the average charge is lowered, because we are not actively influencing our own awareness anymore. Visual cortex is ‘shutdown’, Auditive cortex is shutdown. etc. So, the brains ‘instinctive’ and ‘emotional’ responses are shutdown. But what is left is the residual charges that bounce through the brain. This residual charge will fire parts of the cortexes, that will result in dreams. The same is also why especially as a child, our dreams seems so random and often have no limit in weirdness. Because as a child we are learning about our instincts, emotions and cognitive abilities (often most apparent in our social behavior), we dream more during our younger years. Our brain needs more answers to ‘unknown’ emotions etc.

When we sleep enough (and dream enough in REM level), our brain has time to process all the ‘overhead’ charge. It has time to settle in the sediments and etch or sink down the new behavioral patterns.

When we don’t sleep enough, we tend to feel restless, because these additional charges cause a discrepancy in our instinct/emotional and cognitive responses. Consider the following:

This is a short example on the neuro-biological behavior.

Why does THC influence dreaming?

Because the neurological impulses are held back (basically THC causes the nerve endings to slowdown and stimuli to not reach the brain the same moment for instance visual input does. Unless the intake also influences the visual cortex, in which case, the brain will fill in random blanks with very weird stuff), and therefore there is a disassociation between the different signals (besides the signals being weakened. When you finally stop the THC feed, the nerve endings will discharge and even the slightly lower levels of charge will hit the brains neurons full on, with the extra. Consider it a hose, where you left water in it, because the tap was not closed correctly, and you open the tap and the hose will burst water (including that which was already there).