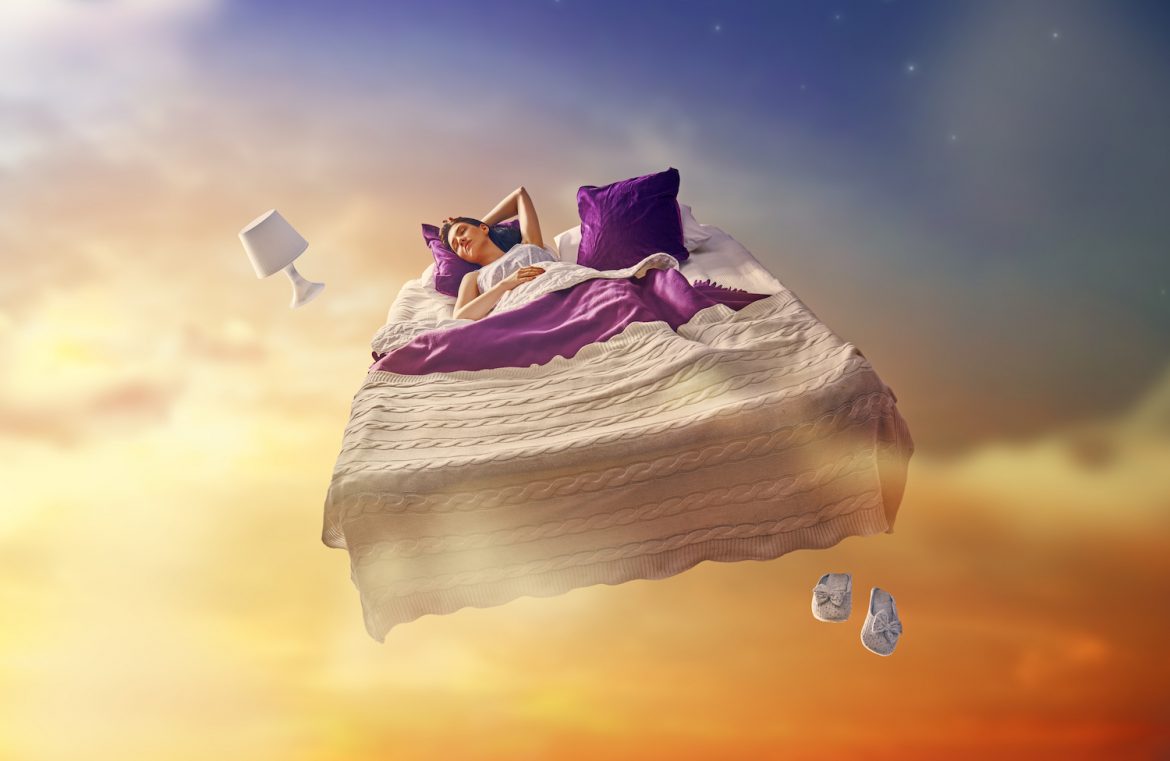 Because not only humans dream, but other animals, too, we know that dreams are not based on cognitive (thoughts) impulses, but rather emotional ones. This has to do with the fact that our brain works in three layers.

Either by genetic blueprint or attained through learning, any organism will adapt to recurring patterns to prevent it from danger. The genetic part is of course hard to change, but the ‘tree’ of choices (I call it the decision tree), the response mechanism of most mammals is automated. Meaning, if something gives an impulse, especially repeatedly, that causes a positive or negative reaction to the nervous system, it will become an instinctive behavior to move to or from such stimulus.

Mammals and especially primates (being very recognizable to us). They differentiate in group sizes and survival mechanisms because of that. They have empathic abilities to survive in social groups. But they also see emotional behavior in strong generational cohesion. Where offspring is heavily dependent on parents, we see the equivalent of our own emotions within such ‘family’. These emotional behaviors have different reasons.

Certain key values which change with each generation to ensure possible survival. The emotional layer, can be seen as a ‘neural’ filter level.

With awareness comes the growth to conceptualization in communication. Because we are instinctive, emotional beings, but also self aware and sometimes differ in meaning of emotion, we need a way to explain when an emotional behavior is not meant as a threat, etc. You could call it a protocol equivocation behavior. These concepts are starting with leveling of emotional responses between the self and others (independent of species), but evolve through a process of emotional impulses to stimuli and responses within relations and our interactions with the world around us into cognitive structures of words, representations and a general worldview.

We as humans are in possession of all three layers. When we are young (between age of 3 and 9) we run through many changes in emotional responses. We are first heavily bombarded with positive responses to new abilities we show to parents. At the same time on increasing occasions during that time we are shown that we are also growing within boundaries of the use of such abilities. The brain will process these responses into the emotional layer. That layer starts quite blank and if repeated and found with consistency, will filter into the instinctive layer. If we find ourselves with a conflicting response, it can cause emotional dissonance (not cognitive). When the brain ‘shuts down’ at night, the reflux/feedback of these neural charges will cause the brain to fire memory or general pathways that are perceived as dreams. Because emotional ‘challenges’ are becoming rarer as we grow older (They are more frequent during more active development stages like adolescence), we tend to dream less obvious the older we get.

In general dreams are a process of the nervous system to make emotional conflicts of the day, be adapted into the instinctive layer, so we don’t have to cognitively or emotional deal with them again.