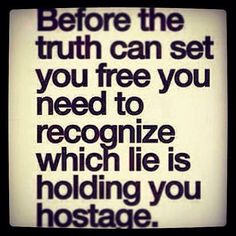 Ever wondered why you didn’t speak up to your dad again after he gave you a smack on the bum?
Because you knew the possible implications.

This is the same way that nature works. If we look at older species or contemporary family species (Monkeys, other mammals), we see the same behavior in ‘discipline’ of the young.

First off, what is religion? Well, according to Wikipedia it means:
a cultural system of behaviors and practices, world views, sacred texts, holy places, ethics, and societal organisation that relate humanity to what an anthropologist has called “an order of existence“.[1]

What does that mean, a cultural system, how does it evolve?
Culture is “the way of life, especially the general customs and beliefs, of a particular group of people at a particular time.” (Cambridge University)
As a defining aspect of what it means to be human, culture is a central concept in anthropology, encompassing the range of phenomena that are transmitted through social learning in human societies. (Wikipedia)

Since social groups evolved in nature, or groups in general in living entities (plants or animals alike), culture has been a general concept of how certain species create a temporary statis or coherency in way of living within the group. This happens within bacterial cultures, insect cultures and all other species that live in groups.

Smart enough or too dumb?

Religion only exists in species that are able to observe causality (but fail to recognize the actual causality due to missing data and technology to determine). This requires some brain functions that humans have, but are lacking in other species (‘key areas of the brain for intelligence were the left prefrontal cortex (behind the forehead), left temporal cortex (behind the ear) and left parietal cortex (at the top rear of the head) and in the areas that connect them.’ – http://www.dailymail.co.uk/sciencetech/article-2128457/New-brain-study-maps-parts-brain-make-intelligent.html)

Now, how does a smack to the bum relate to religion?

We as children are learning to observe causality. We also learn discipline from our parents in very diverse ways. Some parents address the cognitive abilities of a child directly, some use physical signals, others use both. We learn language, trust, dependency and after that how to conceptualize causal connections. When these are not taught properly, we will fail to recognize connections later in life. Where we can’t recognize connections, we will assume. Often we are a following kind and assume what another person tells you the causality is, you can accept. This is partially laziness, but often depending on the way you were raised: Don’t speak up against authority, accept without questioning. This is exactly what religion is: Accept without questioning. IF you question, you are only allowed to question within the boundaries of what supports the religious base.

Within any religion, most often there is a ‘teaching’ that is comprised of three things: Text, music and ‘guidance’. The text contains the following structure: A story representing why the religion exists and a promise to anyone who will follow the rules of this religion. The text most often will show extensive ways how misinterpretted causality shows that what ever happens to the follower of this religion will be for the better. The second part in the text is based on the way evolution has taught every species to survive: Fear. By getting the individual to consider the intangible danger to be connected to acting against the rules for the promise, the individual itself will cause a ‘causality-loop’ between emotion and rationale.

You will go to a community place, or you will not benefit from the promise (good fortune, eternal life, etc). Being a social species, an individual human will want to be surrounded by others. If one has many friends outside of the religion, it is unlikely this ‘disguised threat’ will influence the specific individual. What happens often? An individual of interest is being approached and ‘loosened’ from its friends and family. ‘If you stay with your friends, you will never learn the real secret’, ‘They don’t understand you, but it is written that those…etc’ (especially in time of emotional crisis, for instance loss of a dear one, this is used).

You choose from the options you are given

But, you will say, there are many who step into the religion on their own choice. Yes, correct, however the same threat is evident. However it is not by influence of ‘guidance’, but simply the lack of friends and family that will cause people to turn to the community of faith. Rationalization happens afterwards. Because religion is build on promise (curiousity and longing), and enforced by punishment (superstition and fear), every iteration of the motions, causes a person to make a habit of the motion.

A different kind of soul music

How about the music? The human brain is only half the work. We are still mere biological species that have evolved from ancestral species. All species respond based on instinct/reflex/emotion. Music is the creative way that religion uses to cause the neuro emotional response to accept cognitive concepts easier. Some sound combinations are simply and without scrupules hijack the instinctive responses to them to influence the emotional parts of the individual to accept binding to these emotional responses of illogical concepts. Of course, it all starts with ‘guidance’ of the religion. These people are (sometimes ignorant themselves, but more often very well in the know of how irrational the concept is.  They will have a very difficult task to influence the individual to accept the parts that are becoming less and less acceptable due to change of time and culture.

To be short about it, as the smack on the bum is meant for the child’s pain receptors and fear instincts for pain to cause it to not take certain actions again, the religious promise of pain (bad luck in this life or afterlife) or pleasure (good fortune in this life or afterlife) causes an individual raised with these distinct disciplining actions, to follow even on same fear regarding things they don’t understand.