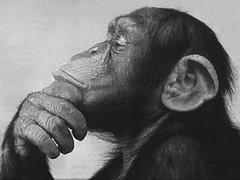 So here we are. You are reading this, I have written this. These occurrences were not at the same time, yet they connect two things. My mind to your mind. Yet, besides your ability to cognitively (by thought process) distinguish characters, words, language and meaning, you will likely also have your emotional luggage stirring up while reading this. Especially the following. But where does neorology and cognitive abilities meet, divert and moved from one to another?

Where animal and mind meet

Ever watched one of those movies, where they had a human person make a connection with an animal? Think Lassie, White Fang, Life of Pi, etc.

How did you watch such story? Did you think it was fiction? Well, likely you did, as of course movies and books are written from the human mind, and as such are always fiction, even recollections of real life events, they are never fully objective representations.

So, lets get back to the story of man and animal. Have you ever looked at such an event, where for instance a person was wounded in the wilderness and the ‘animal’ was suddenly close to their side, comforting them?

Did you ever consider, why this is? Do you think that a dog, wolf, or tiger, thinks: Look, this meat bag looks delicious and I haven’t seen a chicken for a decade, but I will lay with it, because it looks like he has a cellphone, or atleast some money to buy me a McBurger.

Why would it do that? What animal would consider human concepts as its own? How did we come to these concepts?

I hope you will agree with me, that to understand the ‘motives’ of an animal, you will have to investigate to what it’s ‘reference’ is. An animal doesn’t have any words or abstract conceptualization. What does it have? Well, for one it has emotions.

It is very hard for humans to ‘imagine’ how an animal, even one that is so close to us as an Chimpansee or other primate, behaves, without the appearance of a mind.

Ever been angry? Ever been so so…FF’ing mad that you could hit someone? No? Ever been so heartbroken that it physically hurt? That you couldn’t get a straight word out of your mouth, you couldn’t think a straight line of thought? No….jees, though crowd…ever been so scared that the first reaction you had was to jump back? Yes? Aw…finally. Good. Well, I agree, likely you have had all of the three, but now I guess everyone has some reference to connect to.

The mind is considered to be a feedback system between the prefrontal cortex and the Claustrum (apologies for the technical terms if they are new to you). How did this come to be?

Well, in other posts I have already explained how our ancestral primate forefathers/mothers were surviving by evading predators. Yes, before several thousands years ago, humans weren’t the primary force on Earth (apologies for the spoiler if you hadn’t seen the episode yet).

Like most mammals, primates had to survive in a landscape that was warming up again after the last ice age