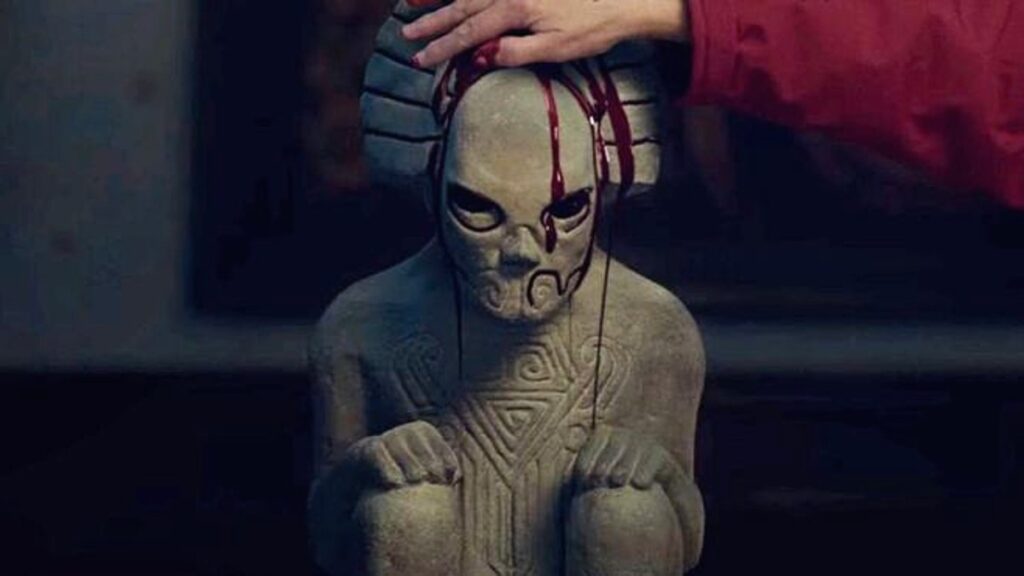 Movies are make believe and whether it is ‘historical’ or ‘fiction’, one should always be aware that a camera is used to present an interpretation of any ‘truth’.

Where suddenly Squids, Aliens or lords of the underworlds were the new best thing to watch, now the rehash of the Blair Witch project seems to get some hyped up attention. Is it worth it? Well, that is for everyone themselves to decide.

This article is about some of the things that are causing the ‘suspension of disbelieve’ to be broken by the simple fact of inconsistency or failing effects that are the base of the series.

Nothing evil or anything…

Any person with a bit of intelligence understands that causality is the reason why things happen and why things can’t happen. The same thing goes for the concepts of evil and good. They are emotional evaluations of effects. Nobody says: Look a rock, that is evil. However, when someone got a rock hitting their head, they will ask: Who would do such an evil thing?

The series drags very heavily on the ‘truthfulness’ of religion and there being only a god of the Christian faith. Which is shamingly limiting the whole perspective, if you like Lovecraftian horror. As such all the ideas in the series become tainted with the viewer having to accept that there should be a god that is benevolent and is able to ward off all the bad things and those that ignore this (which is the protagonists of course) will suffer the consequences, making the base premise of the series: believe or repent or you are evil.

The idea of using recordings (which painfully fails in the 4th episode, as suddenly the viewer and Dan observe something that has NOT been recorded) is fun. It has worked in many situations. The Blair Witch project failed in my perspective, but there is a boxoffice rating that says otherwise.

Anyone who lived long enough to actually have had a CRT television that gave statics when no signal was received, SHOULD have noticed something odd about the recordings. The static/noise has been applied to the recording AFTER, as the noise is actually moving in regards to the movement of the camera. Look at any scene with lighter surfaces and you will notice.

This for me was initially a question, like: Is this something regarding the alien/demon that was initial in the static Dan observed? But as the story progressed this seemed to be unlikely.

As such, after episode 4 it started to really annoy me. Where the ‘Ring’ style grab from the screen was the last drop. Wallbreaks are fun, shock and awe are part of horror per definition, but this was too much, too fast, too unlikely and too soon.

The uplifting thing is the acting quality. It is ranging from above average to very good. The interaction is believable, though the fact that Dan didn’t ask Davenport about (seemingly his father) the redhood exiting the premise, even after being totally freaked out at the receptionist about it, seems a bit off. I will say that is a cutting issue in scenes most likely.

Another series that tries to increase ‘religiosity’, by advocating the devil. This using some interesting method of ‘oldschool’, which in it self for me, as a sceptic of methodology fails due to inconsistency. This causes the imergency that requires suspension of disbelieve to dissolve.